Alec Doomadgee talks with Tahiti-agenda.com about his experience at FIFO 2017

The 14th International Festival of Documentary Film Oceanian or FIFO be held at the House of Culture in Papeete, Tahiti, from 7 to 12 February 2017 .
Tahiti-Agenda.com asks Alec Doomadgee director and actor of the documentary in the Official Competition of the 2017 FIFO ”  Zach’s Ceremony “

Translation of the interview

I am very honored to participate in this edition of FIFO and to be present for the screening of my documentary “Zach’s Ceremony”.
When I started writing his story, my goal was to project it internationally because this film traces the history of the Australian aborigines, my story. It mixes the past with the present.
It also demonstrates the importance of spirituality as well as the beauty of this culture.
This documentary is a tool to share the aboriginal culture with the rest of the world. To use the culture of the ancestors is a wealth that one must wear with pride.
Tahitian culture is similar to ours: colonization by the French, the problem of double culture.
We could have been French if the expedition commanded by Jean-Francois de la Perouse had arrived two days earlier [laughs].
In Australia, a program is planned to project the film in different schools to raise awareness among young people.
For the FIFO, I will participate in the various conferences and debates on my documentary and I will be delighted to meet the public. 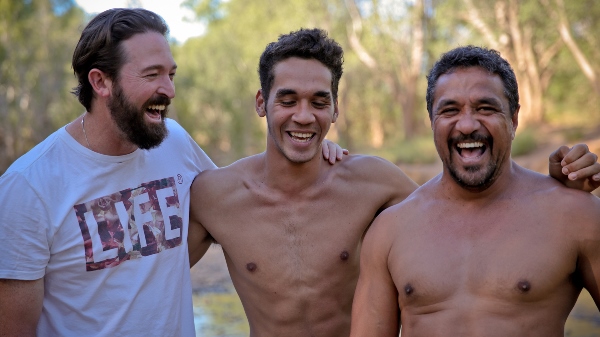